Earlier in July, we visited Malabar Farms in Lucas, Ohio. The farm’s claim to fame is the home of Louis Bromfield, Pulitzer Prize winner author and the location of Humphrey Bogart and Lauren Bacall’s wedding.  Besides these notable characteristics, Bromfield and Malabar are notable for pioneering sustainable agriculture practices.  The farm is now a State Park, with miles of trails, house tours and open barns. With two kids, we skipped the 45 minute house tour and spent the afternoon touring around the barns and ponds. 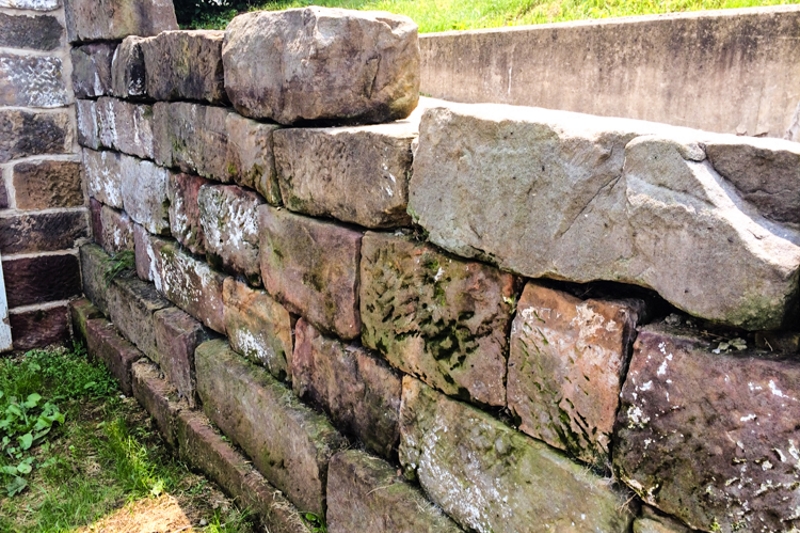 A barn stone retaining wall at Malabar Farms shows the softness created from the hand scraping marks from sandstone blocks. The upper right hand corner shows a newer stone placed along the wall and the contrast in the stone’s surface.

The house was built in 1939 (or really the expansion of an existing house), and the landscape surrounding the home and barns include old barn stone retaining walls.   Prior to the early 1900s, all barn foundations where built using local stone, which here in Ohio is often sandstone.  What make these older barn stones unique compared to stone quarried today, are the hand scraping marks.  The dimpling lines of the scrapes give a human touch to the rock which makes the hard stone seem softer.  Also these stones are often in large blocks, which allow the stones to provide scale in larger gardens.

To locate barn stone in your area, look for reclaim companies selling the beams from torn down barns. The wood is highly sought after now, but the large heavy stones are at less of demand. You can also check with local stone yards or even Craigslist searches could return results. This of course is easy for us in the Midwest where the country is dotted with old barns, but you can incorporate any stone in the exact same manner as shown below. 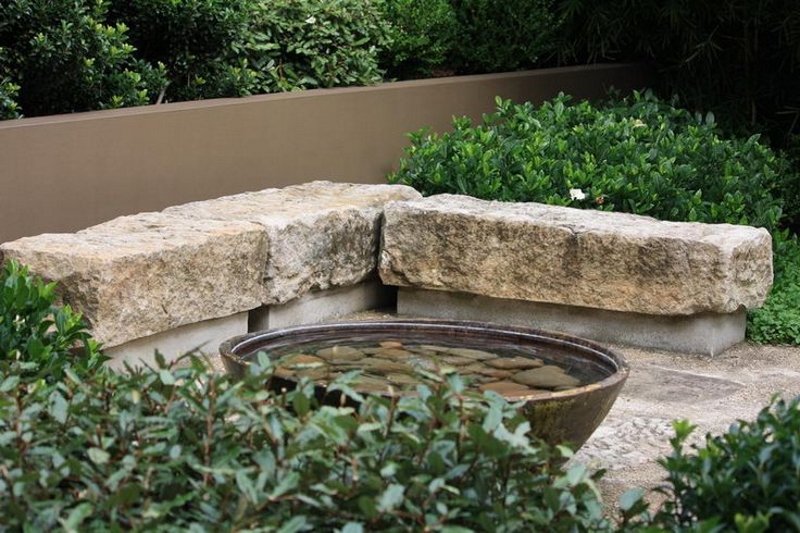 SEATING AREAS: Using the reclaimed stones as bench seating area in the garden. The rounded smooth edges and cool surface are great stone surface for sitting and lingering in the garden. Also the thickness makes it great for a seating height, compared to creating something out of ledge stone or bricks which would be busier visually.

Image via Spirit Level Designs, Longueville Project HERE. They also have great use of larger stone as a seating area in their Darling Point Project. 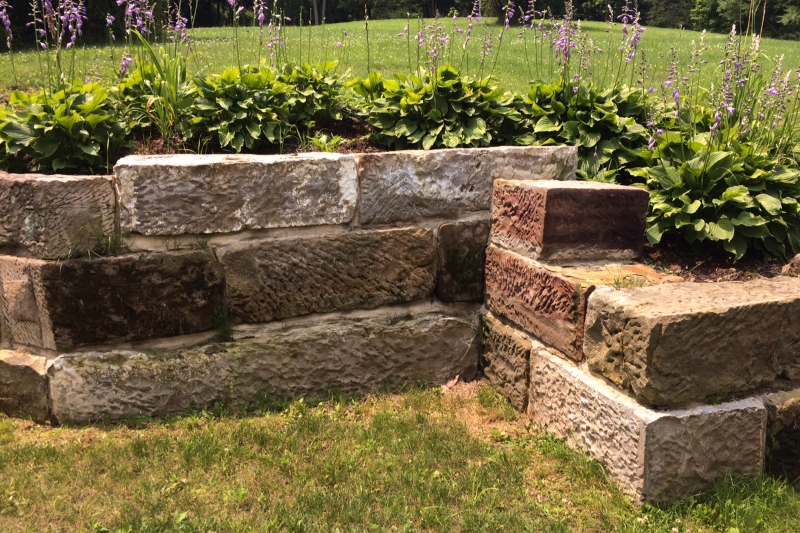 RETAINING WALLS:   I have seen retaining walls shift over time, but with these large of stones there is very little chance the earth will push these over time. Also it goes back to scale again, you have larger chunks of block compared to smaller stone which create a heavier and grander appearance.  This photo is of a retaining wall at Malabar Farms. 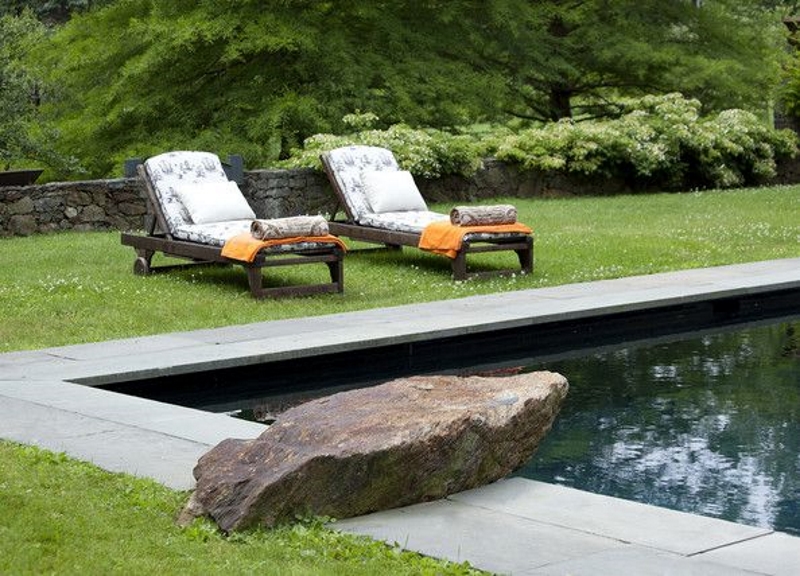 DIVING PLATFORM:  I found this image via Pinterest and think using a found stone, or barn stone as a diving area or incorporated natural element to the smooth, smooth square pool ingenious. Here it plays off the stone wall in the background, incorporating the pool to the surrounding landscape.

CREATE EDGES:  Barn stone surrounding a pool, provides a natural edge between the turf and the pool again in a very natural way.  The stone could also be used in this exact same manner around a patio or perennial garden creating a boarder and seating wall in one element.

Image from Tone on Tone Antiques from his tour of Bunny Williams garden in 2014 HERE.   Check out his other photos from the tour, my favorite are of the chicken coop and the wire compost bin.

Hope these images inspire you to think about using old barn stone in your garden.

2 thoughts on “Using Barn Foundation Stone in the Landscape”